THE ORIGIN AND EARLY HISTORY OF

The unique surrounding in which the town of Parys is situated, had its origin roughly around 2000 million years ago when a giant meteorite struck the earth just south east of Vredefort in the Free State Province . The impact structure that was subsequently formed has come to be known as the Vredefort Dome, the oldest and largest meteorite impact site on earth, measuring about 200km in diameter. 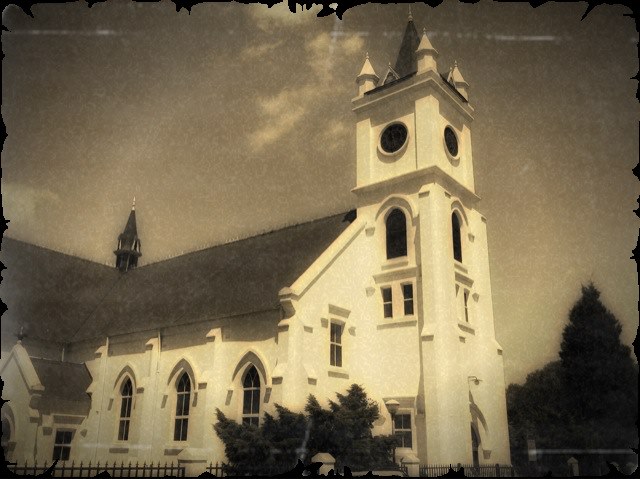 In the early 1870’s, towns in the northern Free State were set very far apart, and members of the different churches had far to travel to participate in their religious services. It was then decided by the Ring of the Dutch Reformed Church to implant the idea of a congregation north of the Renoster River into the minds of residents of the farm Klipspruit, on the Vaal River , which was owned by four Van Coller brothers. Three gentlemen, Messrs. De Villiers, Luyt and Fleck were sent to the owners of Klipspruit to induce them to lay the farm out as a township, but the Van Coller brothers were very reluctant to listen to the arguments put forward by the three men. Not giving up hope of laying out a township, the three gentlemen went to the adjoining farm, Vischgat (the present Vredefort). The owners of Vischgat were more amenable to argument and inducement, and it was not long before the township Vredefort was born. The owners of Klipspruit soon awoke to the fact that a golden opportunity had slipped through their fingers, and set out in haste to retrieve matters. History does not recorded the steps they took, but it seems probable that they secured the sympathy of the Dutch Reformed Church, for, later on in 1876 when the town was laid out, a goodly portion of ground was set aside and donated to the church. On the 14 th of June 1876 the first sale of seven erven was held by a Mr. Wouter de Villiers, and the upset price of the erven was 25 pounds each.

There have been several suggestions put forward about the origin of the name Parys, the most commonly accepted being that it was suggested by Mr. Schillbach, a German land survivor who had served in the Franco – Prussian war, and had taken part siege of Paris . Apparently the events were still fresh in his memory five years later and he likened the Vaal River to the Seine and prophesied that a day would come when a big town would lie on both sides of the river, just like Paris . To carry on the similitude he named the two adjoining farms Issy and Versailles , after two of the forts that were outside the French capital. 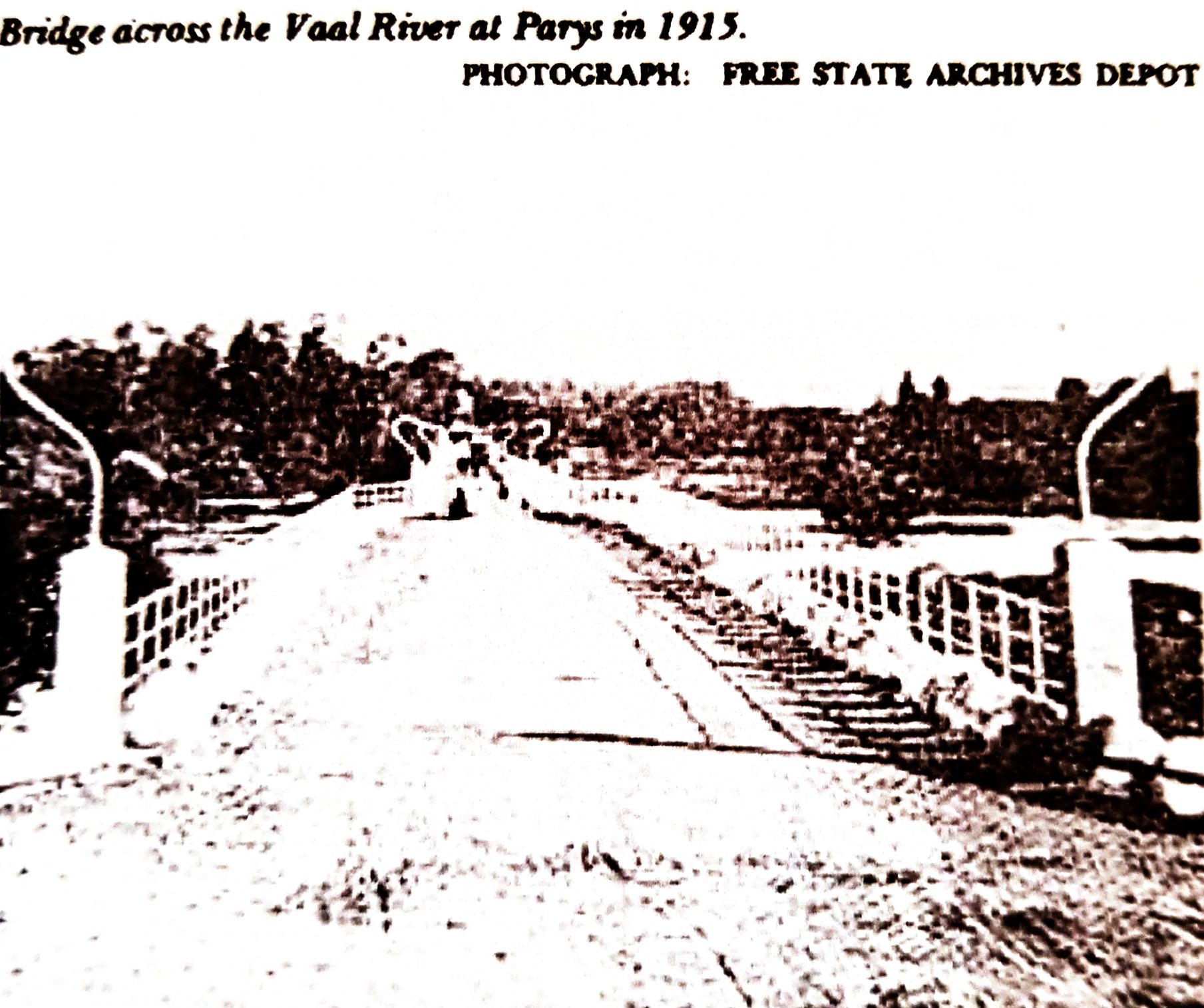 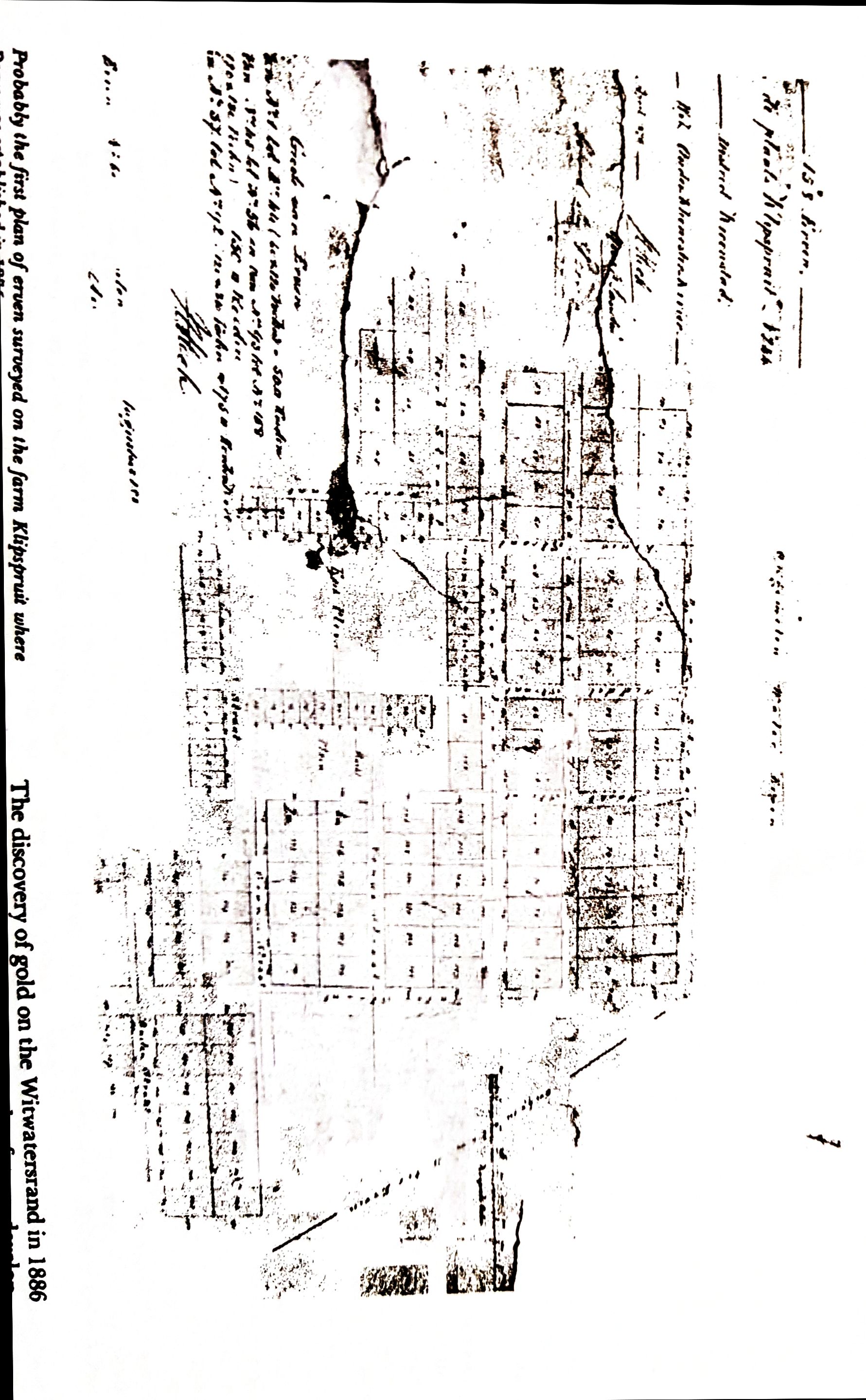 Municipal life began in 1883, when a Village Management Board was appointed. When gold was discovered on the Witwatersrand in 1886, a period of development was in store for the little town, because the main road to the north through Bloemfontein en Kroonstad, went through Parys and many travellers passed forward or backward through the town. In 1887 the town began to benefit from this income and the Village Management Board was elevated to the dignity of a Municipality. Whenever the council of the day ran short of money, which they appeared to have done frequently, they adopted the simple plan of selling erven in order to raise it. As they could then do as they liked with erven money, they devoted the proceeds of the sales to the payment of current expenses. Such a policy naturally depreciated the value of the ground, until eventually erven were sold at very low prices.

The outbreak of the Anglo – Boer War in 1889 brought things in Parys to a standstill, and the war brought a period of destruction. The town was the scene of much guerrilla warfare. Surrounded as it is by hills and the river being full of woody islands, it was an ideal place for snipers and good use was made of the natural advantages provided. Most of the buildings in the town were destroyed and when peace came in 1902, most people had to make a fresh start.

In these early days many irrigation canals were built (many still running through the town) and having so much water available, the town council decided that an electric lighting scheme should be put into use, using all the under utilised water of the irrigation scheme to generate electricity. The first electric lights glowed in Parys at Christmas 1912. 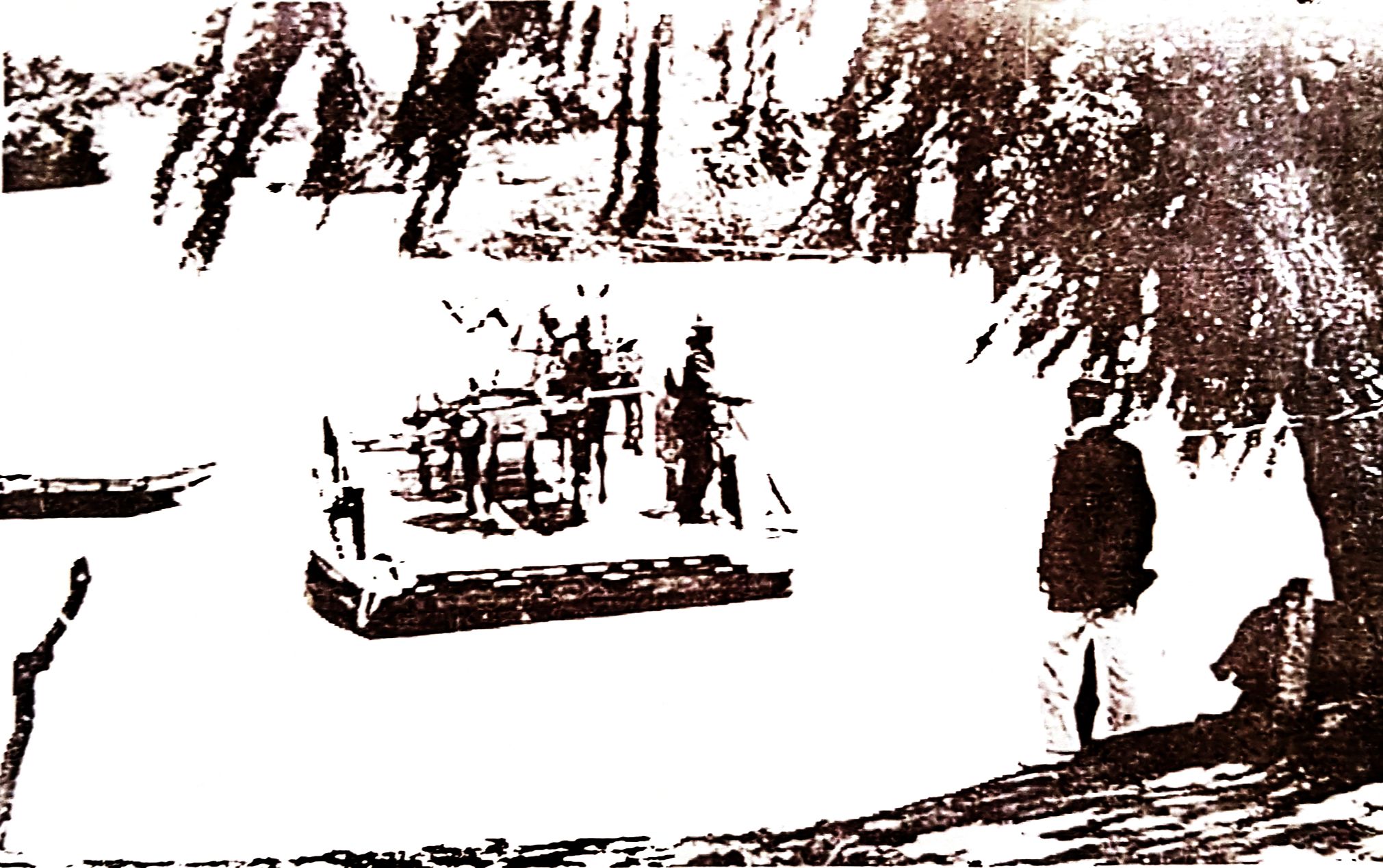